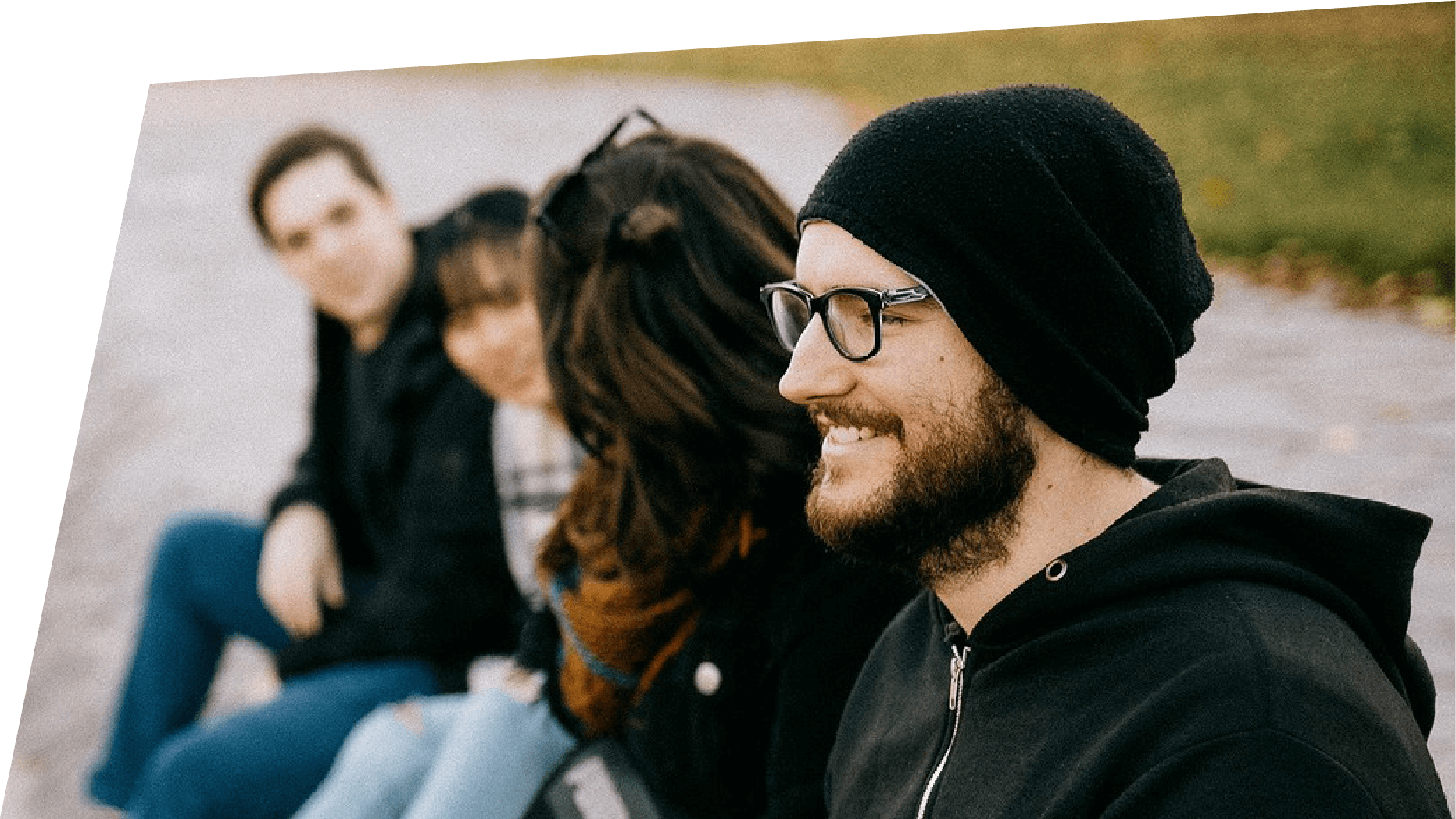 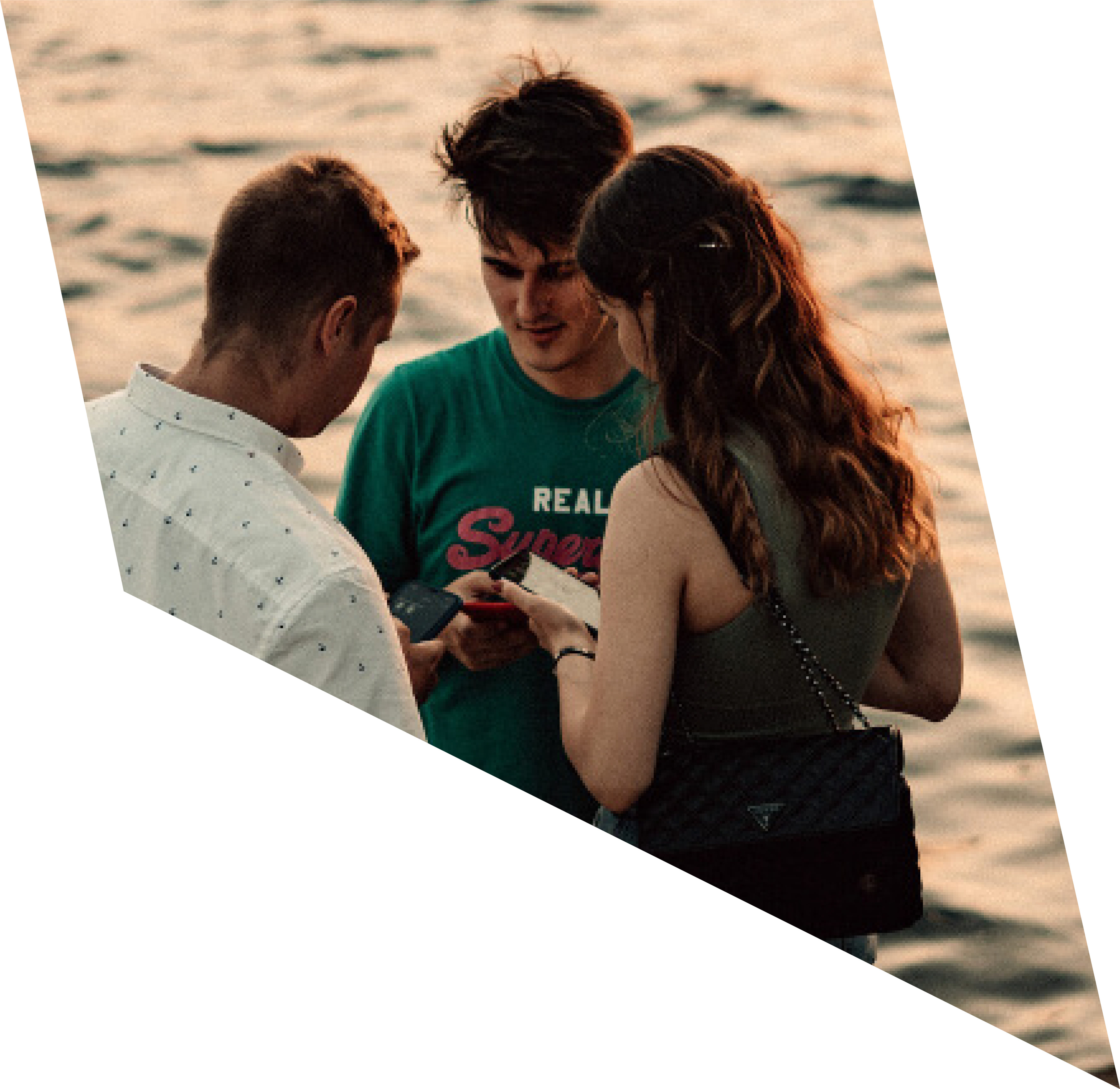 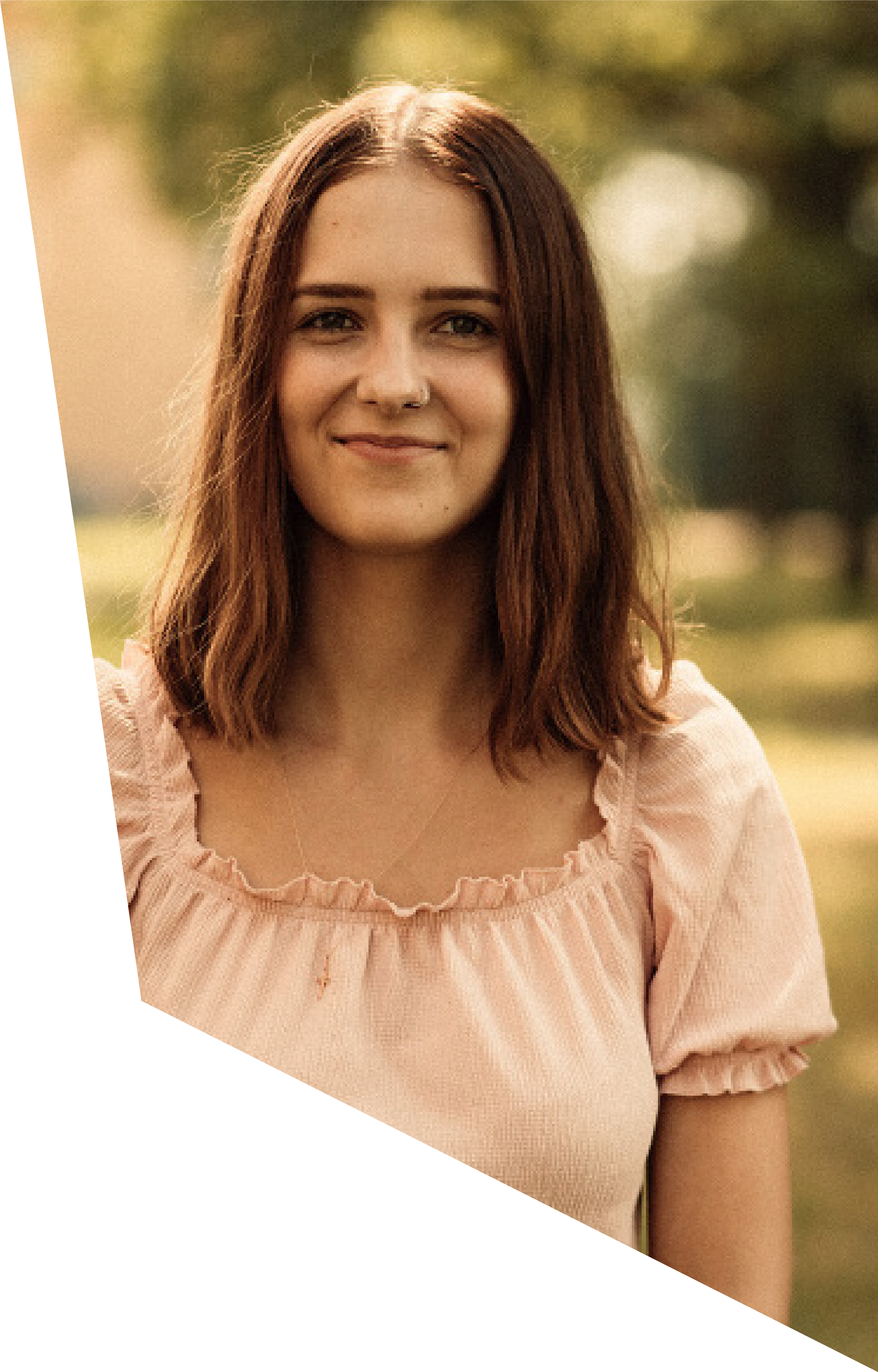 Deep down, we often believe that
human ingenuity and the advances of technology should bring every kind of chaos under control. We forget that crises like this unending pandemic have been the norm for most of mankind throughout much of history.

Still, God’s love always finds a way to reach us. He found Adam when he was hiding under some fig leaves and the people of Israel when they were lost in captivity. His love penetrated the darkness of the cave where David hid and spoke in a still small voice to Elijah on Horeb when he was convinced he was the only one left. God’s relentless love reached through rejection and betrayal, injustice, and failure to redeem you and me at the cross.

In spite of a pandemic that never seems to end, God’s love is still finding a way to reach young people in Central and Eastern Europe.

In Serbia, many youth leaders felt scattered and alone as the restrictions isolated them from their young people and other believers. To encourage them, our JV team gathered smaller groups of youth leaders in five locations in order to support and equip them through an innovative “recharge” event. One youth group was so motivated that they decided to share God’s love in a tangible way over Christmas by making sure no one went hungry on that special day. Raising funds from friends and family, this small band of young people fed 200 people in their city on Christmas day. They invited them into their church building for the meal and took food in special boxes to those who couldn’t make it.

In Ukraine, the threat of invasion from Russia looms constantly on the horizon, but that didn’t prevent Tomasz, Mykola, Edik, Lena, Andirii, Kristy, and Lena from traveling 24 hours by train to broken cities at the front lines of the conflict to plant youth groups this summer. While political hope seems out of grasp, God’s love is finding a way to bring spiritual hope to the young people of this war-torn region.

When our Exit team could no longer visit schools with their innovative program of lectures and gospel witness, they realized that young people could still be reached in the online school environment. Designing a unique virtual Exit tour, they were allowed to interrupt classes for an entire day in 14 schools to offer support, encouragement, and spiritual truth to needy students—and teachers.

In spite of the fact that we were missing almost 800 short-term mission workers this summer, because they could not travel to Europe, the Josiah Venture team led 83 camps with over 3,500 young people in attendance. Almost half of these were non-Christians, and hundreds of them put their faith in Jesus Christ.

God’s love is finding a way through you, even though you are far from the 16 countries where Josiah Venture staff serve. You have continued to give and pray in spite of the uncertain environment where you live. Because of your faithfulness, God’s love is finding many ways to shine in the darkness and penetrate the hearts of the next generation with the good news of Jesus Christ.

Because of his relentless love, I thank you. 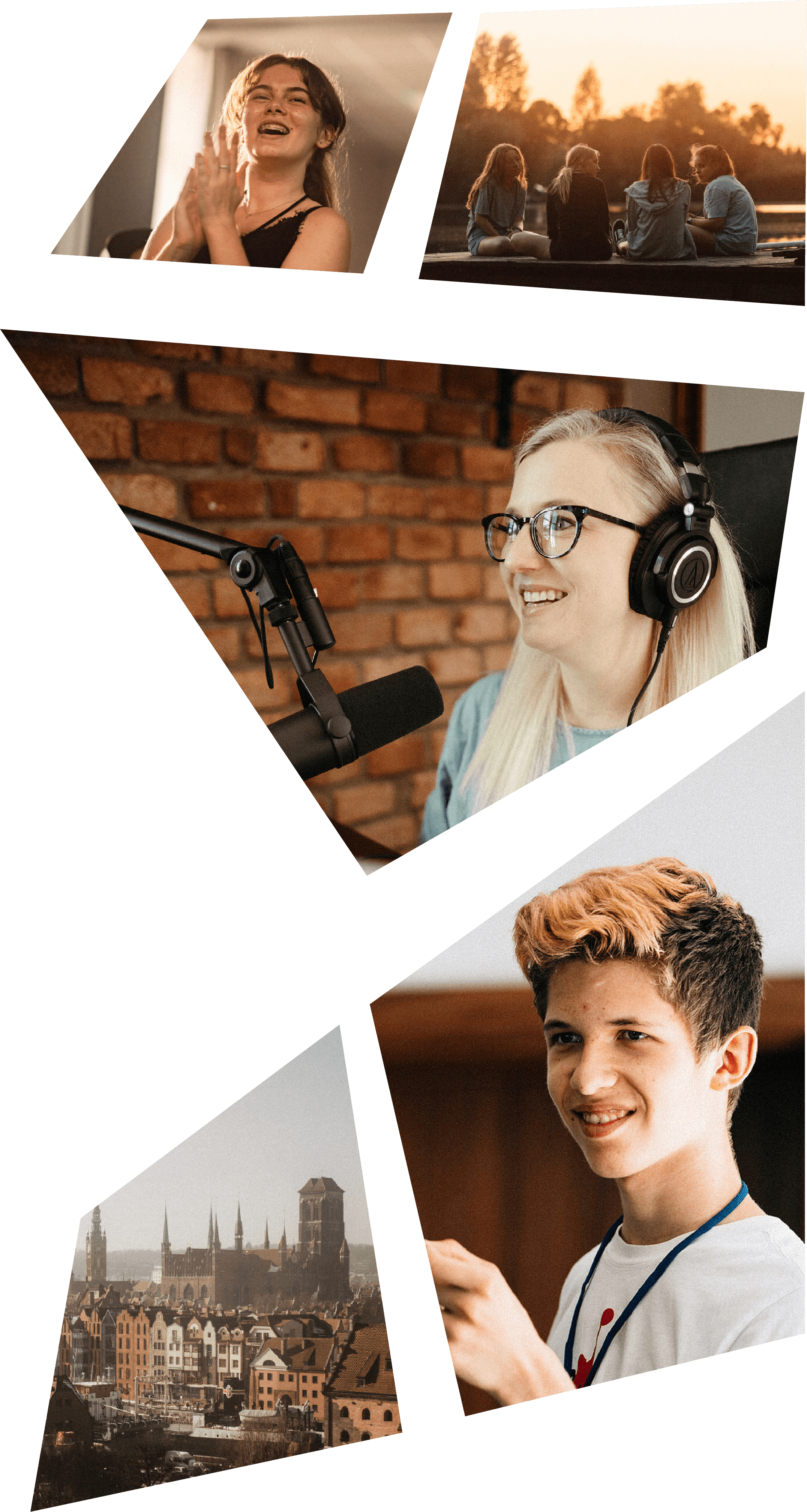 The number of local churches we are actively investing in – 752

This past summer, during the second year of COVID, Josiah Venture led 83 evangelistic camps through local churches in Central and Eastern Europe.
‍
There were 1,705 students who heard the gospel; 268 of them made professions of faith in Jesus Christ, and 298 made reaffirmations of faith at camp.
‍
All together, we have done 1,772 week-long evangelistic camps over the past 27 years.
‍
During 2021, 5,290 unbelievers attended evangelistic events across Josiah Venture.

JV teams/staff led 4,804 participants in disciple-making activities this year.
‍
967 small group participants and 485 participants attended JV-sponsored events this past year, a 66% increase from last year.
‍
In spite of the restrictions of COVID, our team did eight discipleship camps during the summer.


Leadership Training
‍
JV teams/staff trained 5,043 leaders this past year. In the midst of Covid, JV staff led the highest number of JV-sponsored leadership-training events ever for our team. This included an innovative ReCharge event in 67 locations in 16 countries with 976 participants attending.

Though the future is still uncertain, his love will always find a way.
‍
The plans of God take into account those very factors which seem so surprising and unstable to us. We are hoping for open doors that allow us to be physically present in schools again, hold large events without restrictions, and mobilize workers easily across borders. But whatever comes, we will continue to share the gospel and equip young leaders by any and every means available.

During this next year, we will expand our training centers in Poland and Slovakia as well as build new ones in Ukraine and Albania. We plan to purchase land for a youth camp in Albania and expand our Edge sports outreach in Romania, Moldova, and the Czech Republic. New training material, called “Share,” will be released to equip young people to share the gospel with their friends. But most of all, we desire to passionately put into flesh the love of God as he relentlessly seeks and saves that which is lost. 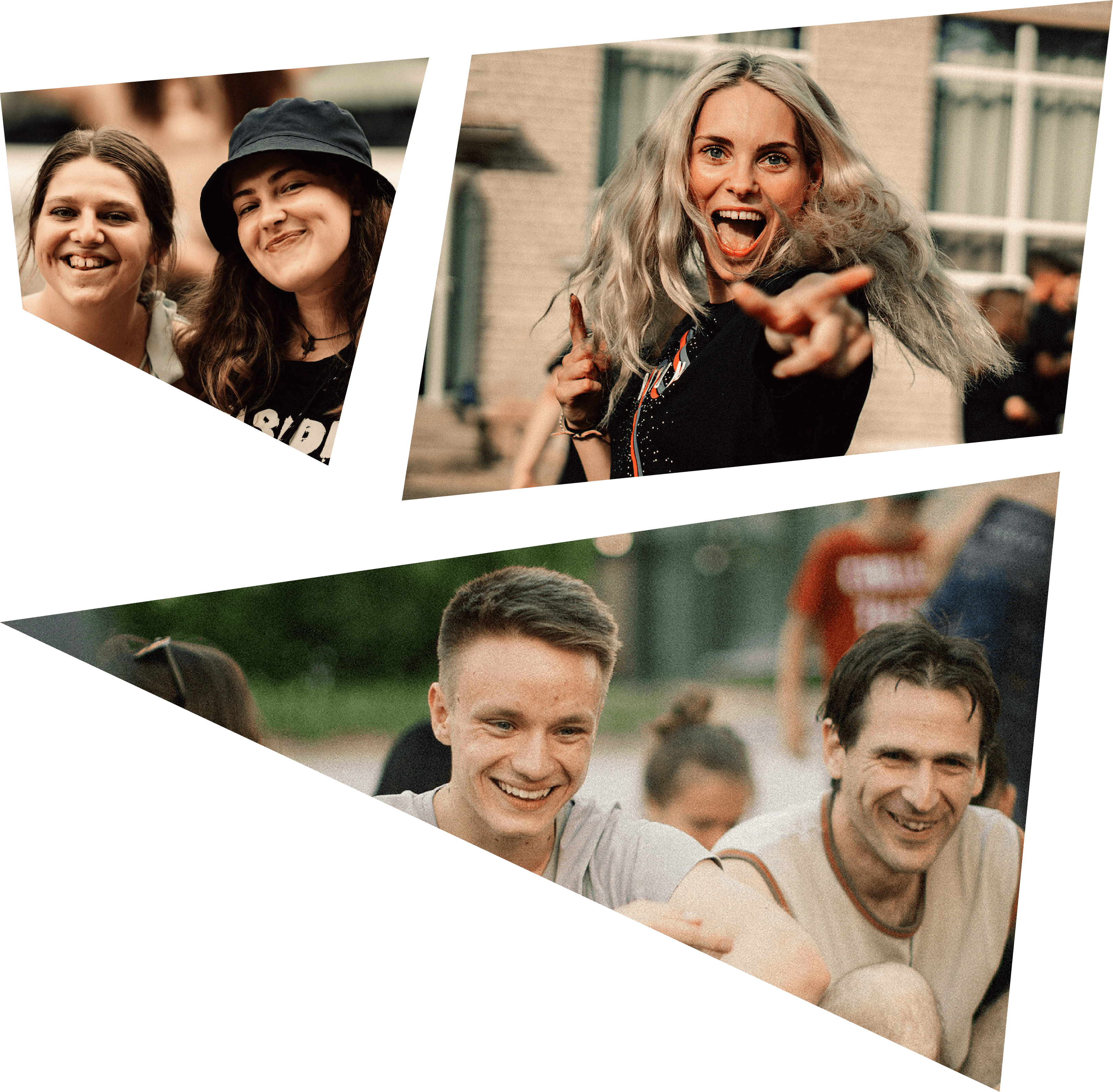 Give to a specific Josiah Venture project, intern, or missionary. We have almost 180 missionary staff who are from the countries in which they are serving.
Pray

Come pray with us for live requests from missionary teams on our interactive website or download our mobile app called the Josiah Venture Prayer Room, available now for iPhone and Android.
Go

Join a mission trip with Josiah Venture and share the gospel in English cross-culturally.
Use Our Prayer Room App
Give to Missionaries or Projects
Go On a Short-Term Trip
Regarding the coronavirus pandemic and restrictions:
As we look toward the months ahead, the Josiah Venture team is taking advantage of whatever activities are allowed by the governments of the countries where we serve, while taking every precaution to protect our team and the young people we disciple.